LAFAYETTE, Ind. — Detectives in Tippecanoe County are combing through security camera footage as they try to find the vandals responsible for major destruction at Wea Ridge Elementary and Middle schools.

From mangled metal swing sets to busted school buses, vandals violated the home of the Huskies sometime after midnight Sunday.

The damage is extensive and expensive.

“They did a lot of damage in a short amount of time,” said Sue Scott, communications coordinator for Tippecanoe Schools. “It appears the damage is going to be in the hundreds of thousands of dollars.”

Sheriff Bob Goldsmith said he was overwhelmed when he saw the extent of the damage and this wasn’t just a small-time crime.

“It’s terrible,” Goldsmith said. “They were driving them around, through things, around things, into each other. This is totally different from spray painting or ripping up some shrubs.” 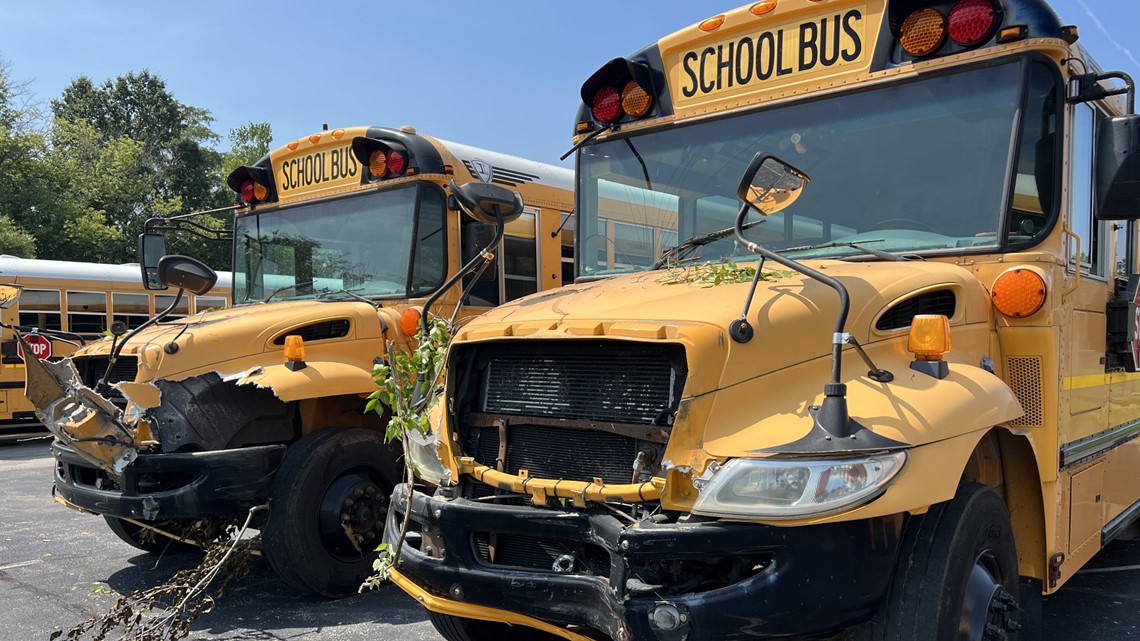 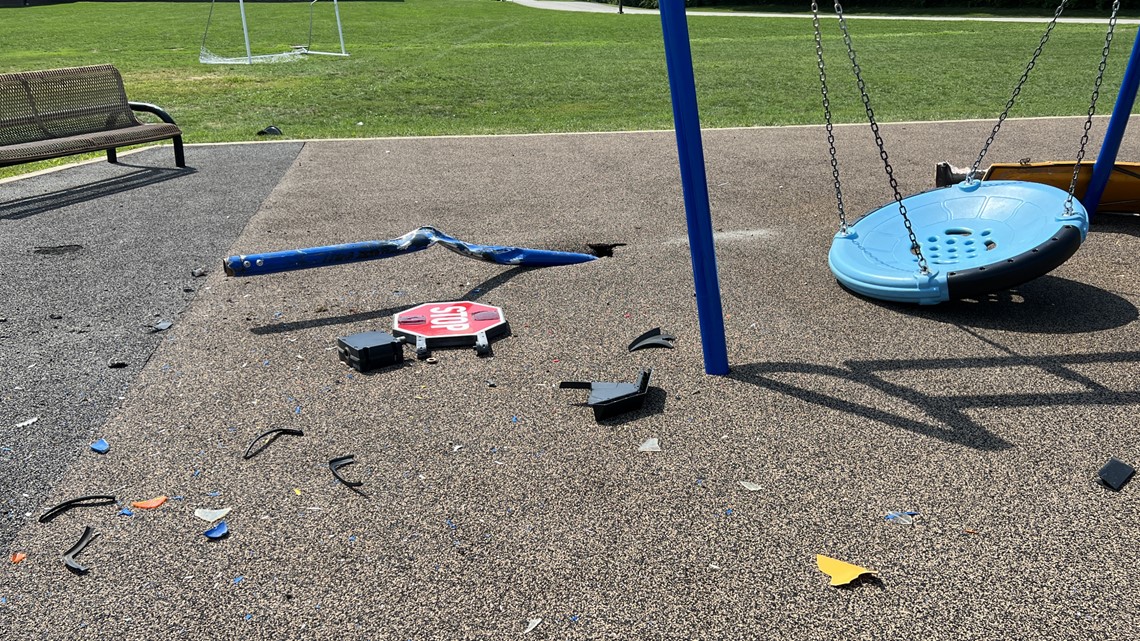 “We are shocked and disappointed by the damage done at two of our schools this weekend. The damage to our buses, playground and property is extensive,” Scott said.

Tire tracks that run through the grass, down an embankment and toward a now-broken fence show the start. Investigators believe the crooks scaled the security fence, broke into eight buses that were decommissioned and ready to be traded in and grabbed the keys inside the vehicles.

“So the keys were hidden and they found them,” Scott said of the vandals.

Then the criminals took off on an apparent joyride on school grounds.

“You see the ramping of a ditch, driving through the woods and over playground equipment, through the fence, they’ve been everywhere,” Goldsmith said.

The vandals drove from the middle school and targeted the elementary school next door, taking out a soccer goal and barreling buses right through playground equipment.

“All the way over here, where they took out a basketball hoop,” Scott said. “You could see debris all throughout the playground. There was even a school bus stop arm out crumpled up in the damage. It was just heartbreaking. You know, really disappointing and shocking that someone would do this.”

Scott said the principal and teachers at Wea Ridge Elementary School Monday talked with kids about what happened. The principal also bought portable playground equipment so they’d have something to play with.

The playground, for now, is closed until the district can get inspectors out for safety.

“They really emphasized empathy. They also emphasized how one person’s actions can have consequences for others,” Scott explained. “They also reassured the students that they’re safe.”

One thing is clear, Goldsmith said, whoever did this will face serious charges for a very illegal Sunday drive.

“Breaking and entering, you’d have vandalism, criminal mischief and you could have auto theft. They didn’t have permission to jump on these buses and look around for keys and then drive around,” Goldsmith said. “But it takes everybody. So if they’ve heard something, seen something, anything, give us a call. We’ll look into everything.”

If you can help investigators in the vandalism case, call the Tippecanoe County Sheriff’s Department at 765-423-9321, utilize the Safer Watch App, or to remain anonymous, call the WeTip Hotline at 800-78-Crime.